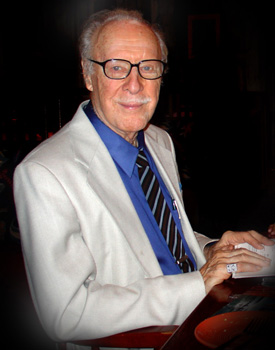 Lynton Keith Caldwell (November 21, 1913 – August 15, 2006) was an American political scientist and a principal architect of the 1969 National Environmental Policy Act, the first act of its kind in the world. He was educated at the University of Chicago and spent most of his career at Indiana University Bloomington, where he received tenure in 1956 and retired as Arthur F. Bentley Professor Emeritus of Political Science in 1984. Caldwell was the internationally acclaimed author or coauthor of fifteen books and more than 250 scholarly articles, which may be found in at least 19 different languages. He served on many boards and advisory committees, as a consultant on environmental policy issues worldwide, and received numerous honors and awards. Provided by Wikipedia
Showing 1 - 5 results of 5 for search 'Caldwell, Lynton Keith, 1913-', query time: 0.02s Refine Results
Search Tools: RSS Feed – Email Search