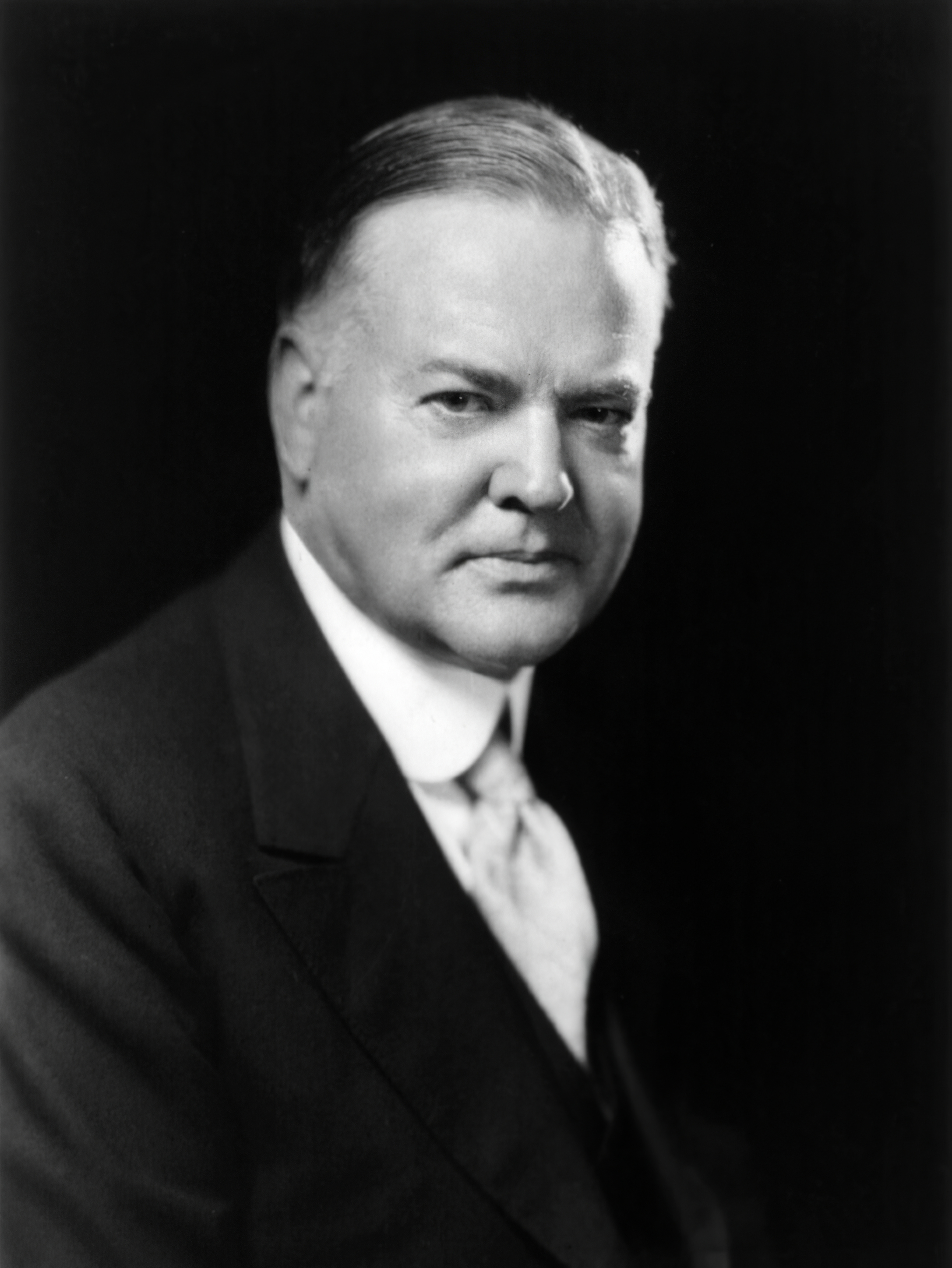 Herbert Clark Hoover (August 10, 1874 – October 20, 1964) was an American politician and engineer who served as the 31st president of the United States from 1929 to 1933 and a member of the Republican Party, holding office during the onset of the Great Depression. Before serving as president, Hoover led the Commission for Relief in Belgium, served as the director of the U.S. Food Administration, and served as the third U.S. secretary of commerce.

Hoover was born to a Quaker family in West Branch, Iowa, but he grew up in Oregon. He took a position with a London-based mining company after graduating from Stanford University in 1895. After the outbreak of World War I, he became the head of the Commission for Relief in Belgium, an international relief organization that provided food to occupied Belgium. When the U.S. entered the war, President Woodrow Wilson appointed Hoover to lead the Food Administration, and Hoover became known as the country's "food czar". After the war, Hoover led the American Relief Administration, which provided food to the inhabitants of Central and Eastern Europe. Hoover's wartime service made him a favorite of many progressives, and he unsuccessfully sought the Republican nomination in the 1920 presidential election.

President Warren G. Harding appointed Hoover as Secretary of Commerce in 1920, and he continued to serve under President Calvin Coolidge after Harding died in 1923. Hoover was an unusually active and visible Cabinet member, becoming known as "Secretary of Commerce and Under-Secretary of all other departments". He was influential in the development of air travel and radio. He led the federal response to the Great Mississippi Flood of 1927. Hoover won the Republican nomination in the 1928 presidential election, and defeated Democratic candidate Al Smith in a landslide. In 1929 Hoover assumed the presidency during a period of widespread economic stability. However, during his first year in office, the stock market crashed, signaling the onset of the Great Depression. The Great Depression dominated Hoover's presidency and he responded by pursuing a series of economic policies in an attempt to lift the economy. Hoover staunchly opposed any intervention from the federal government in the U.S. economy. Hoover scapegoated Mexicans for the Depression, instituting policies and sponsoring programs of repatriation and deportation to Mexico.

In the midst of the economic crisis, Hoover was decisively defeated by Democratic nominee Franklin D. Roosevelt in the 1932 presidential election. Hoover's retirement was over 31 years long, one of the longest presidential retirements. He authored numerous works and became increasingly conservative in retirement. He strongly criticized Roosevelt's foreign policy and New Deal domestic agenda. In the 1940s and 1950s, public opinion of Hoover improved largely due to his service in various assignments for presidents Harry S. Truman and Dwight D. Eisenhower, including chairing the influential Hoover Commission. In the end, Herbert Hoover is often regarded as a below-average U.S. president. Critical assessment of his presidency by historians and political scientists rank him as one of the worst presidents in U.S. history. Provided by Wikipedia
Showing 1 - 20 results of 31 for search 'Hoover, Herbert, 1874-1964', query time: 0.03s Refine Results
Search Tools: Get RSS Feed — Email this Search