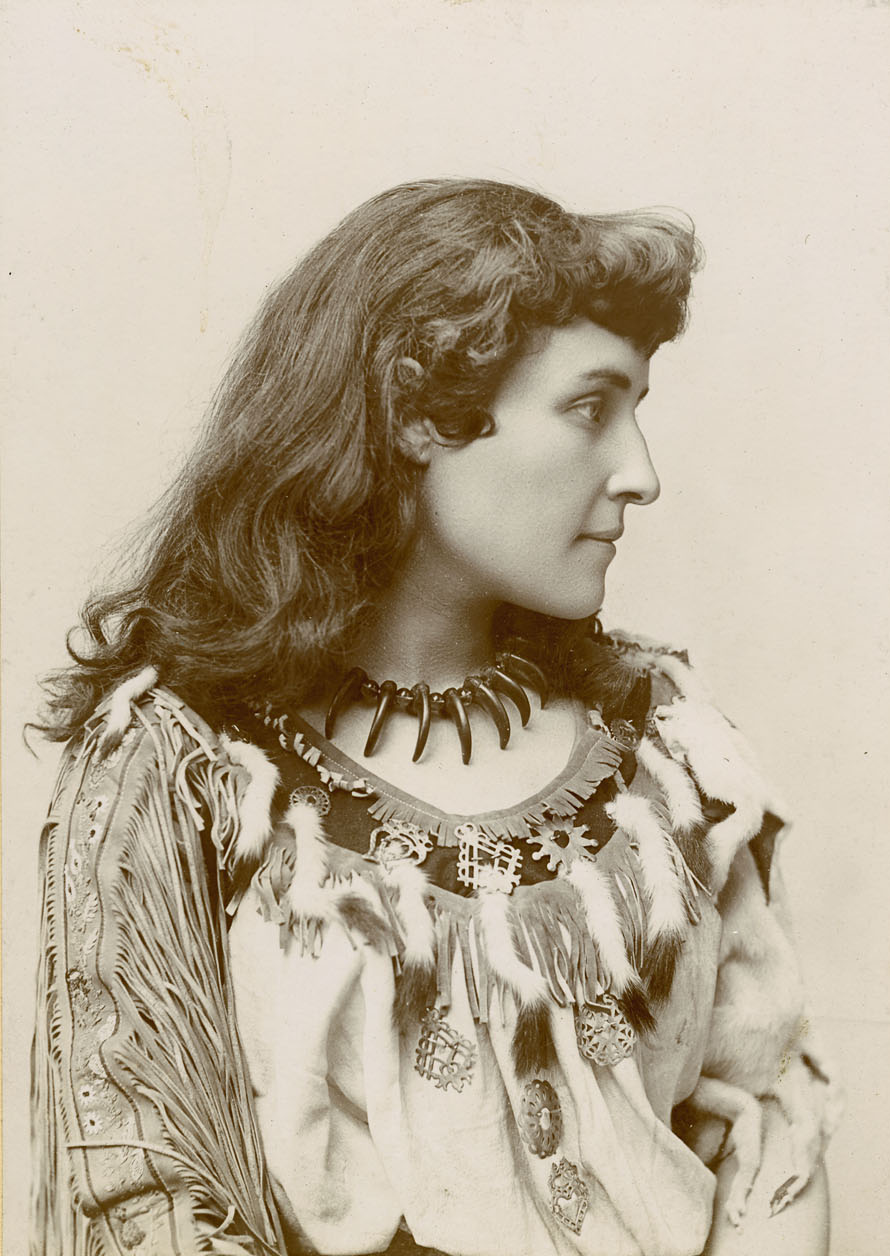 Emily Pauline Johnson (10 March 1861 – 7 March 1913), also known by her Mohawk stage name ''Tekahionwake'' (pronounced ''dageh-eeon-wageh'', literally 'double-life'), was a Canadian poet, author, and performer who was popular in the late 19th and early 20th centuries. Her father was a hereditary Mohawk chief of mixed ancestry and her mother was an English immigrant.

Johnson—whose poetry was published in Canada, the United States, and Great Britain—was among a generation of widely-read writers who began to define Canadian literature. She was a key figure in the construction of the field as an institution and has made an indelible mark on Indigenous women's writing and performance as a whole.

Johnson was notable for her poems, short stories, and performances that celebrated her mixed-race heritage, drawing from both Indigenous and English influences. She is most known for her books of poetry ''The White Wampum'' (1895), ''Canadian Born'' (1903), and ''Flint and Feather'' (1912); and her collections of stories ''Legends of Vancouver'' (1911), ''The Shagganappi'' (1913), and ''The Moccasin Maker'' (1913). While her literary reputation declined after her death, since the late 20th century there has been a renewed interest in her life and works. In 2002, a complete collection of her known poetry was published, entitled ''E. Pauline Johnson, Tekahionwake: Collected Poems and Selected Prose''.

Due to the blending of her two cultures in her works, and her criticisms of the Canadian government, she was also a part of the New Woman feminist movement. Provided by Wikipedia
Showing 1 - 1 results of 1 for search 'Johnson, Pauline, 1953-', query time: 0.02s Refine Results
1