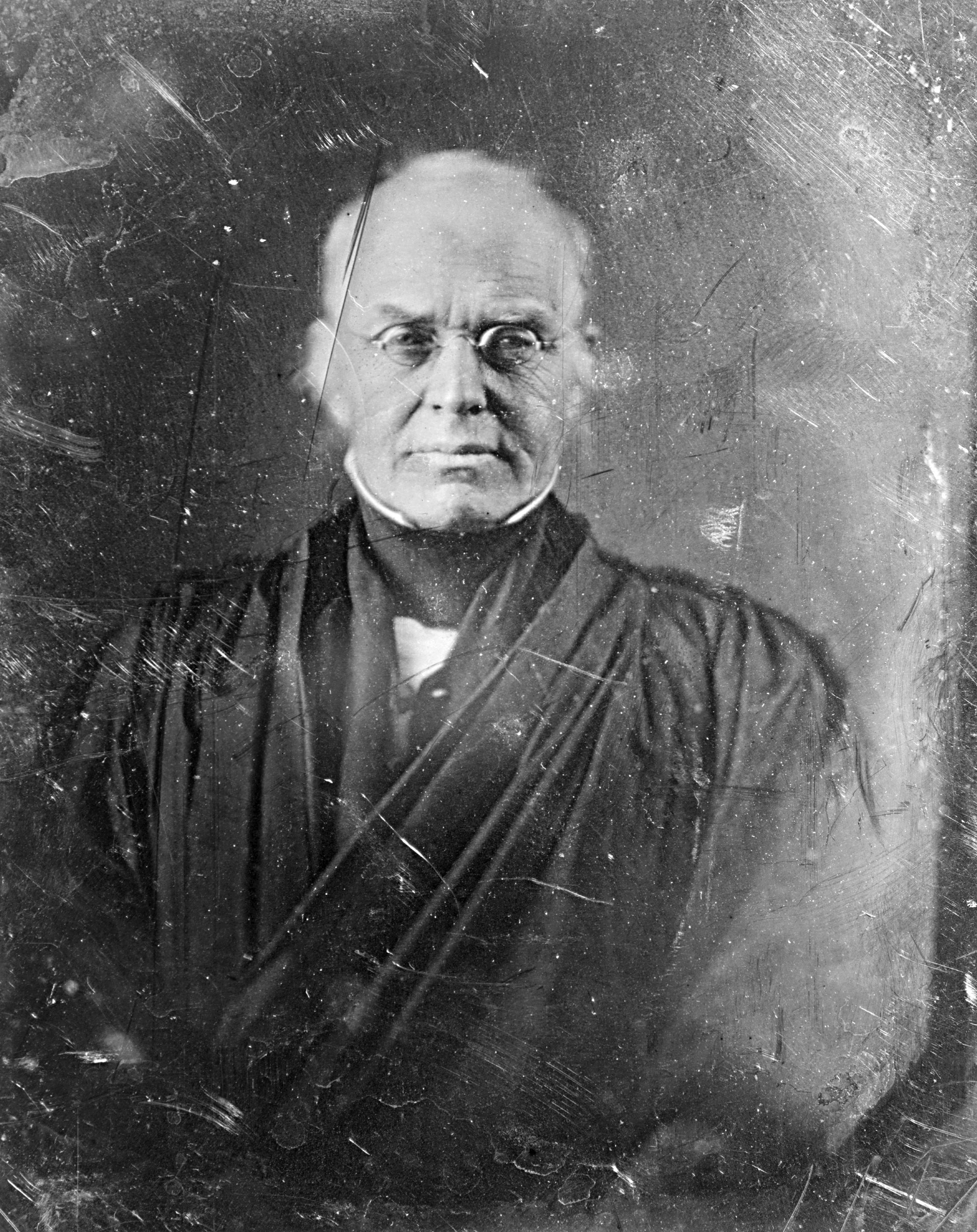 Joseph Story (September 18, 1779 – September 10, 1845) was an associate justice of the Supreme Court of the United States, serving from 1812 to 1845. He is most remembered for his opinions in ''Martin v. Hunter's Lessee'' and ''The Amistad'' case, and especially for his magisterial ''Commentaries on the Constitution of the United States'', first published in 1833. Dominating the field in the 19th century, this work is a cornerstone of early American jurisprudence. It is the second comprehensive treatise on the provisions of the U.S. Constitution and remains a critical source of historical information about the forming of the American republic and the early struggles to define its law.

Story opposed Jacksonian democracy, saying it was "oppression" of property rights by republican governments when popular majorities began (in the 1830s) to restrict and erode the property rights of the minority of rich men. R. Kent Newmyer presents Story as a "Statesman of the Old Republic" who tried to be above democratic politics and to shape the law in accordance with the republicanism of Alexander Hamilton and John Marshall and the New England Whigs of the 1820s and 1830s, including Daniel Webster. Historians agree that Justice Joseph Story reshaped American law—as much or more than Marshall or anyone else—in a conservative direction that protected property rights.

He was uniquely honored in the historical Steven Spielberg film ''Amistad'' when he was portrayed by retired Associate Justice of the U. S. Supreme Court Harry Blackmun. Justice Blackmun portrays Justice Story reading the Supreme Court's decision in the case on which the film was based, and for which Justice Story is most widely remembered, ''United States v. The Amistad Africans, et al.'' This is the only time in known film history that an Associate Justice of the Supreme Court has portrayed another Associate Justice. Provided by Wikipedia
Showing 1 - 20 results of 57 for search 'Story, Joseph, 1779-1845', query time: 0.02s Refine Results
Search Tools: Get RSS Feed — Email this Search