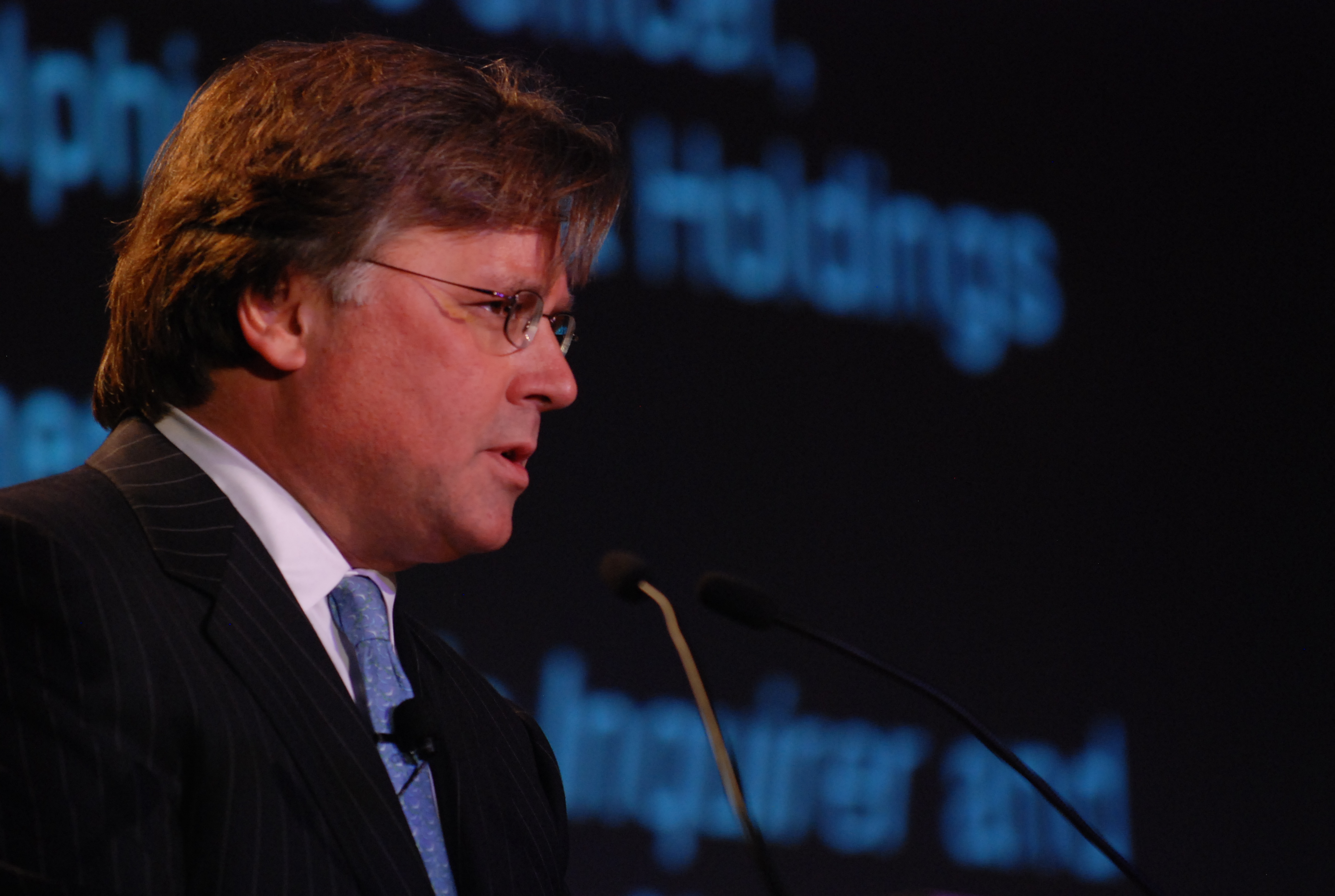 Brian P. Tierney (born 1957) is an American advertising and public relations executive and former publisher of ''The Philadelphia Inquirer''. Born in Upper Darby Township, Pennsylvania, Tierney is chief executive officer of Brian Communications, which he founded in 2010, and RealTime Media, which he bought from the previous owners with the help of the venture firm, New Spring Capital. Brian Communications' clients include Independence Blue Cross, Aramark, Widener University, The Newspaper Association of America, Republic Bank and Amerihealth. [http://briancom.com]. The company handled media relations for Pope Francis' 2015 visit to Philadelphia and the Philadelphia Orchestra's bankruptcy in 2011. [http://www.philly.com/philly/news/pope/20150623_Philadelphia_delegation_in_Rome__Papal_plans_90_percent_complete__fundraising_on_target.html]. [http://www.philly.com/philly/columnists/peter_dobrin/20110417_Philadelphia_Orchestra_s_board_votes_to_file_for_bankruptcy.html].Tierney has advised CEOs and leaders of Fortune 500 companies including Exelon (NYSE: EXC), Commerce Bank (now TD Bank, NYSE: TD), Marriott (NYSE: MAR), IBM (NYSE IBM), Deloitte and ARAMARK. He serves on the Board of Directors for NutriSystem (NASDAQ: NTRI), Republic Bank (NASDAQ: FRBK) and is also Chairman of the foundation for the Poynter Institute, which supports outstanding journalism for a strong democracy. Tierney is an Entrepreneur in Residence at the Wharton School of the University of Pennsylvania. He has presented at the Milken Institute Global Conference, Columbia University School of Journalism as well as international newspaper and media conferences in the Middle East and Australia. He has appeared on the BBC, NPR, CNBC, CBS, ABC and FOX. [http://101sp.com/brian-p-tierney/]. Before founding Brian Communications, Tierney created Tierney Communications, one of the largest and most successful public relations and advertising firms in Philadelphia, Pennsylvania, which he sold in 1999 and left in 2003 when it employed more than 200. [http://www.philly.com/philly/business/20161026_TD_Bank_drops_Tierney_Commuications_as_lead_ad_agency.html].

Tierney in 2006 assembled a group of investors to form Philadelphia Media Holdings LLC, a group started with the purpose of buying ''The Philadelphia Inquirer'' and ''Philadelphia Daily News''. Chief executive of Philadelphia Media Holdings, Mr. Tierney also became the publisher of the ''Philadelphia Inquirer'' shortly after Philadelphia Media Holdings bought the paper. Initially, there were concerns about Tierney's neutrality because of earlier roles he held working in Republican politics and clashes he had with some reporters. But Mr. Tierney calmed those fears by hiring respected journalist and two-time Pulitzer Prize winner William K. Marimow as editor of The Inquirer and by signing a pledge not to interfere with the editorial content of the two newspapers. Under Mr. Marimow, the editorial quality of The Inquirer improved as the paper returned to its roots by doing more investigative stories. Initially, circulation increased in 2007 and advertising sales improved. Meanwhile, the Daily News won the 2010 Pulitzer Prize for investigative journalism for a series of stories on corrupt Philadelphia cops. However, the 2008 financial crisis led to a steep drop in advertising revenue. At the same time, circulation dropped as more readers migrated to the Internet. Newspaper values across the country plummeted by 90 percent or more. Mr. Tierney's group bought the paper at the top of the market and was saddled with a heavy debt burden. As a result, Philadelphia Media Holdings was forced to file for bankruptcy protection under the U.S. Bankruptcy Code. On April 28, 2010, the Philadelphia Inquirer, Daily News and philly.com were sold at a bankruptcy auction to a group of the original lenders, hedge funds and vulture investors led by Angelo Gordon & Company for $139 million. Mr. Tierney stepped down from his position as CEO of the company on May 21, 2010 in order to allow for a smooth transition. Several news accounts of his tenure have called him an "improbable savior" and an "unlikely warrior." Other accounts have said, "For Tierney...his tenure as CEO by many measures could be rated a success." and "As for Tierney, give him credit for trying."

In the fall of 2010, Tierney went back to his marketing and public relations roots by launching Brian Communications, and purchasing Realtime Media, a company specializing in digital marketing services for brands that include CNN, L’Oréal, Toys “R” Us and Unilever. The fast-growing firm moved to Conshohocken, Pa. in the summer of 2013 after outgrowing its old office space.

Outside of business, Tierney has been active in politics and a supporter of Republican causes. Working for the Ronald Reagan administration in the 1980s, Tierney also worked in George W. Bush's 2000 Presidential election campaign, and Sam Katz's 2003 run for Philadelphia mayor. Tierney is also an active member of numerous board of directors including NutriSystem, The Episcopal Academy and the Poynter Institute Foundation, where he serves as chairman. Provided by Wikipedia
Showing 1 - 4 results of 4 for search 'Tierney, Brian,', query time: 0.02s Refine Results
Search Tools: Get RSS Feed — Email this Search