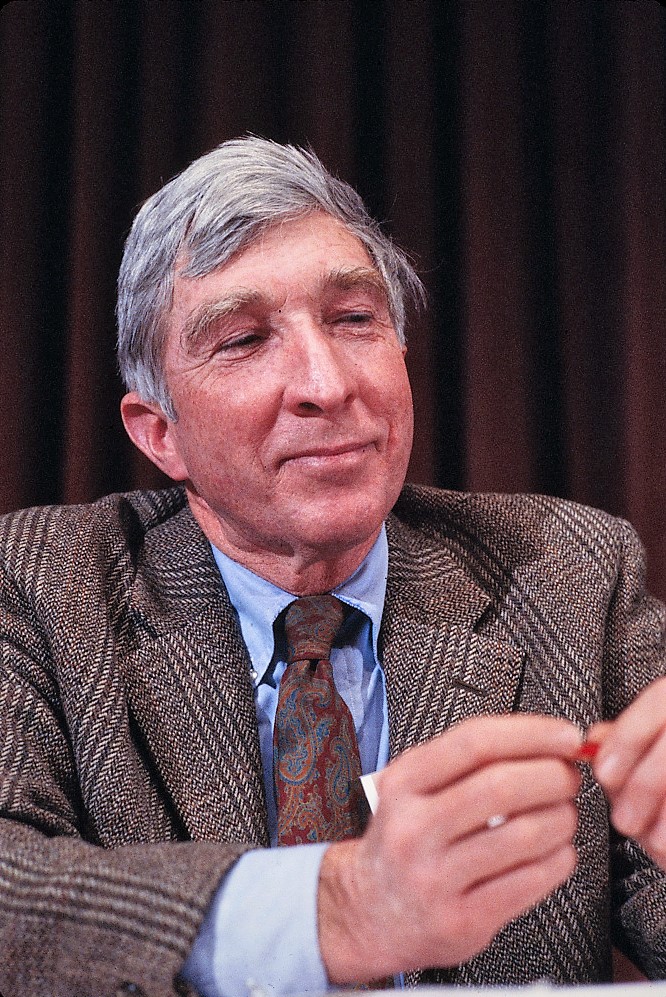 John Hoyer Updike (March 18, 1932 – January 27, 2009) was an American novelist, poet, short-story writer, art critic, and literary critic. One of only four writers to win the Pulitzer Prize for Fiction more than once (the others being Booth Tarkington, William Faulkner, and Colson Whitehead), Updike published more than twenty novels, more than a dozen short-story collections, as well as poetry, art and literary criticism and children's books during his career.

Hundreds of his stories, reviews, and poems appeared in ''The New Yorker'' starting in 1954. He also wrote regularly for ''The New York Review of Books''. His most famous work is his "Rabbit" series (the novels ''Rabbit, Run''; ''Rabbit Redux''; ''Rabbit Is Rich''; ''Rabbit at Rest''; and the novella ''Rabbit Remembered''), which chronicles the life of the middle-class everyman Harry "Rabbit" Angstrom over the course of several decades, from young adulthood to death. Both ''Rabbit Is Rich'' (1981) and ''Rabbit at Rest'' (1990) were awarded the Pulitzer Prize.

Describing his subject as "the American small town, Protestant middle class", critics recognized his careful craftsmanship, his unique prose style, and his prolific outputhe wrote on average a book a year. Updike populated his fiction with characters who "frequently experience personal turmoil and must respond to crises relating to religion, family obligations, and marital infidelity".

His fiction is distinguished by its attention to the concerns, passions, and suffering of average Americans, its emphasis on Christian theology, and its preoccupation with sexuality and sensual detail. His work has attracted significant critical attention and praise, and he is widely considered one of the great American writers of his time. Updike's highly distinctive prose style features a rich, unusual, sometimes arcane vocabulary as conveyed through the eyes of "a wry, intelligent authorial voice that describes the physical world extravagantly while remaining squarely in the realist tradition". He described his style as an attempt "to give the mundane its beautiful due". Provided by Wikipedia
Showing 1 - 1 results of 1 for search 'Updike, John', query time: 0.02s Refine Results
Search Tools: RSS Feed – Email Search