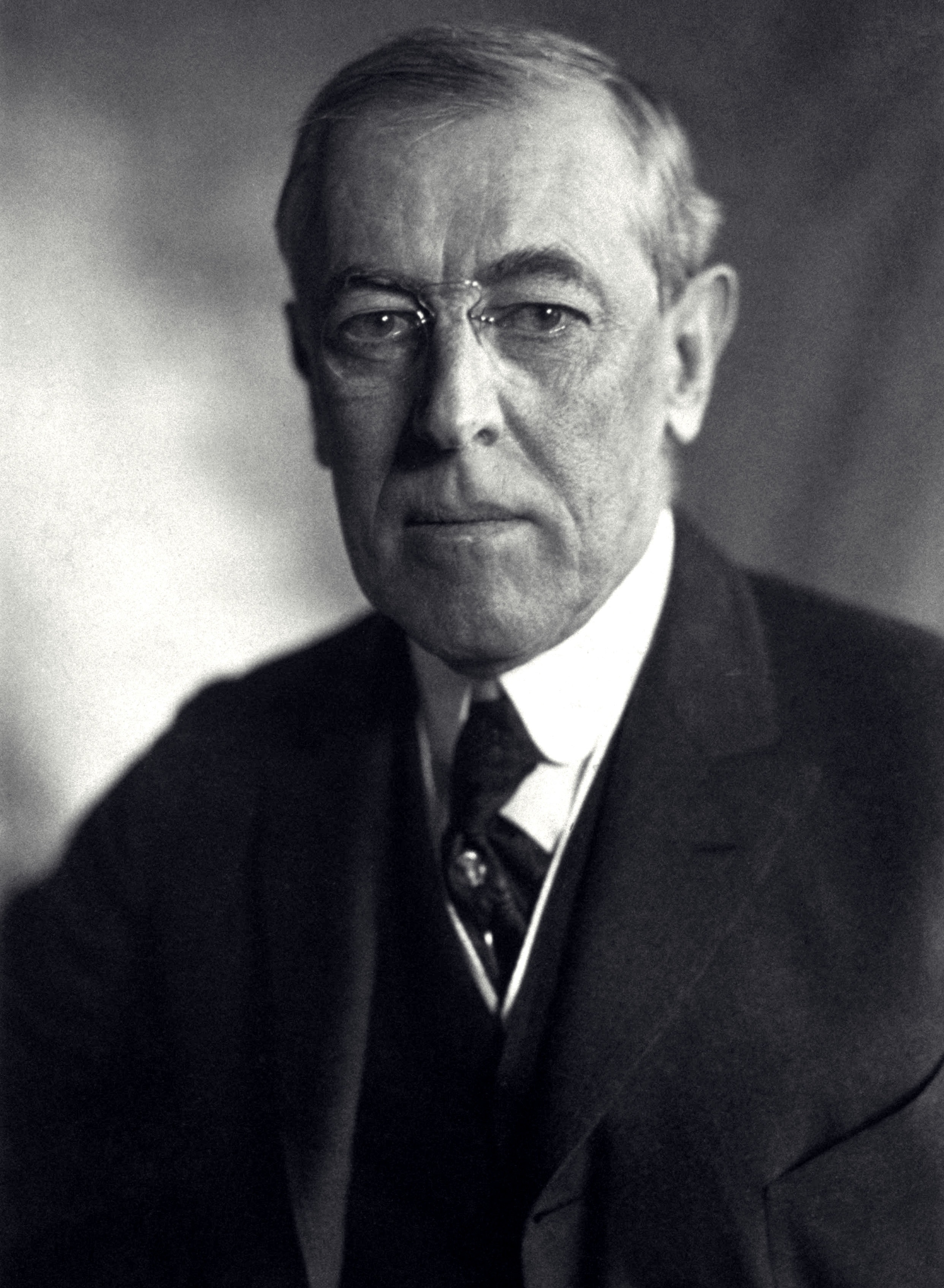 Thomas Woodrow Wilson (December 28, 1856February 3, 1924) was an American politician and academic who served as the 28th president of the United States from 1913 to 1921. A member of the Democratic Party, Wilson served as the president of Princeton University and as the governor of New Jersey before winning the 1912 presidential election. As President, Wilson changed the nation's economic policies and led the United States into World War I in 1917. He was the leading architect of the League of Nations, and his progressive stance on foreign policy came to be known as Wilsonianism.

Wilson grew up in the American South, mainly in Augusta, Georgia, during the Civil War and Reconstruction. After earning a Ph.D. in political science from Johns Hopkins University, Wilson taught at various colleges before becoming the president of Princeton University and a spokesman for progressivism in higher education. As governor of New Jersey from 1911 to 1913, Wilson broke with party bosses and won the passage of several progressive reforms. To win the presidential nomination he mobilized progressives and Southerners to his cause at the 1912 Democratic National Convention. Wilson defeated incumbent Republican William Howard Taft and third-party nominee Theodore Roosevelt to easily win the 1912 United States presidential election, becoming the first Southerner to do so since 1848.

Wilson's first cabinet included multiple white supremacists. During his first year as President, Wilson authorized the widespread imposition of segregation inside the federal bureaucracy. His first term was largely devoted to pursuing passage of his progressive New Freedom domestic agenda. His first major priority was the Revenue Act of 1913, which lowered tariffs and began the modern income tax. Wilson also negotiated the passage of the Federal Reserve Act, which created the Federal Reserve System. Two major laws, the Federal Trade Commission Act and the Clayton Antitrust Act, were enacted to promote business competition and combat extreme corporate power.

At the outbreak of World War I in 1914, the U.S. declared neutrality as Wilson tried to negotiate a peace between the Allied and Central Powers. He narrowly won re-election in the 1916 United States presidential election, boasting how he kept the nation out of wars in Europe and Mexico. In April 1917, Wilson asked Congress for a declaration of war against Germany in response to its policy of unrestricted submarine warfare that sank American merchant ships. Wilson nominally presided over war-time mobilization and left military matters to the generals. He instead concentrated on diplomacy, issuing the ''Fourteen Points'' that the Allies and Germany accepted as a basis for post-war peace. He wanted the off-year elections of 1918 to be a referendum endorsing his policies, but instead the Republicans took control of Congress. After the Allied victory in November 1918, Wilson went to Paris where he and the British and French leaders dominated the Paris Peace Conference. Wilson successfully advocated for the establishment of a multinational organization, the League of Nations. It was incorporated into the Treaty of Versailles that he signed. Wilson had refused to bring any leading Republican into the Paris talks, and back home he rejected a Republican compromise that would have allowed the Senate to ratify the Versailles Treaty and join the League.

Wilson had intended to seek a third term in office but suffered a severe stroke in October 1919 that left him incapacitated. His wife and his doctor controlled Wilson, and no significant decisions were made. Meanwhile, his policies alienated German and Irish Democrats and the Republicans won a landslide in the 1920 presidential election. Scholars have generally ranked Wilson in the upper tier of U.S presidents, although he has been criticized for supporting racial segregation. His liberalism nevertheless lives on as a major factor in American foreign policy, and his vision of ethnic self-determination resonated globally. Provided by Wikipedia
Showing 1 - 8 results of 8 for search 'Wilson, Woodrow, 1856-1924', query time: 0.02s Refine Results
1